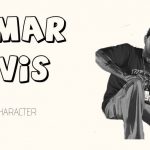 Table of Contents hide
Who is Lamar Davis?
Lamar Davis’s Story
Lamar and The Game Endings

Who is Lamar Davis?

Lamar Davis is one of the main characters and a deuteragonist in the GTA 5 Android game. He is best friends with one of the protagonists, Franklin Clinton from the time when they used to go to school together and eventually got caught up in the life of crimes.

Lamar is dumb as he always gets himself and others into trouble because of his not so bright ideas and shady deals that always end up being some sort of trap to rip him off or get revenge for what he did but luckily Franklin has got his back and he is the total opposite of Lamar being a realist and making wise decisions.

Lamar starts with the life of crime along with his best friend, Franklin. They start with petty crimes before eventually working for Simeon at his “Premium Deluxe Motorsports” as a repossession man to steal from basically whoever messes up things with Simeon.

And we can see Lamar alongside Franklin first appearing at the start trying to steal two cars in the Vespucci Beach for Simeon and they end up racing each other to the rendezvous point but things go south when they try to repossess a bike from the area that is heavily guarded by Vagos which ends up in the death of one of the gang members during the shootout but both manage to get out alive.

Lamar however gets both of them into trouble when trying to score some cash by kidnapping one of the gang members, D who later sets them up with the Ballas. However, they manage to get out of it alive too while D gets shot by Stretch and dies.

In another drug deal, Lamar almost gets ripped off but thanks to Trevor, he falls short of getting heavily scammed but the deal ends up in a shootout with LSPD getting involved and they all manage to escape from the ocean.

In the mission “Lamar Down”, he gets kidnapped by the Ballas (for bringing too mouthy) and Franklin with the help of Michael and Trevor rescues him while killing the Ballas gang members and Franklin takes him back home advising him to stay out of trouble and change his old ways of being a petty gang member.

Lamar and The Game Endings

At the end of the game when a player has to choose out of the three endings, If the player chooses to go with the First option, Lamar would tell Franklin to watch out for Stretch and also that if he knows something about Trevor’s death to which Franklins says it was the Government agents.

If the player chooses the second option, Lamar would do exactly the same except this time he’d ask about Michaels deaths to which Franklins says he doesn’t know anything.

For the third ending, however, Franklin would ask for Lamar’s help and along with Michael and Trevor, they’d kill the agents and escape. Lamar no longer appears in the game however, he contacts Franklin later telling him that he is alive and the player can choose to hang out with him.