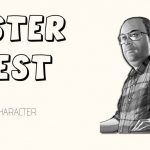 Lester Crest is one of the major characters in GTA 5 Mobile besides the 3 main protagonists in the game. He plays a major role in the storyline of the game as he is one of the mission givers to our protagonists and mastermind planner of the heists and assassinations amongst other things.

Lester had a pretty tough childhood and was probably bullied in school which is one of the reasons why he became who he is now. Lester also has some mobility issues, that’s why he can not move much and it just gets worse with the passing time as it had made him obese, so much so that even for a short distance he has to use his cane to move around but he tackles this physical disability with his sharp and cunning mind and great tech skills like hacking and stuff that comes in handy for him in pulling off tough heists and assassinations.

Lester became friends with Michael and Trevor working as a heist planner, giving them a heads up for what is to expect during the heist. This partnership later ended when Michael faked his death and cut a deal with the FIB to get into witness protection which made them all go different directions. But not for long as Michael got pulled back in the world of crime once again and this time he doesn’t have any choice. So, he reaches out to Lester for help along with Franklin and Lester decides to help them pull off robberies around the city followed by a series of crimes including robberies, assassinations, heists, and more.

Lester plays a major role in all the three expected endings of Grand Theft Auto 5. In the first Ending, Lester sends Franklin and Michael their payments and also shares Trevor’s cut equally between the two as he dies in the end and Lester also says that he wishes it weren’t them.

In the third and last ending of the game, Lester tracks down all the targets and figures out the attack, and as result, all the 3 protagonists survive and also get their payments.

Later in the game, Franklin is approached by one of the FBI agents and by a Billionaire, Steve Haines and Devin Weston namely. The FBI agent wants Franklin to kill Trevor Philips and The Billionaire wants him to kill Michael de Santa. Should Franklin kills either Trevor or Michael, he ends contact with the other and get back to the old routine and if he kills neither of them then the trio faces their enemies and Kill both the FBI agent and The Billionaire.